Howard Gutzman, Program Director for the Laboratory Data Management System (LDMS), has worked at Frontier Science for fourteen years. Howard began his career at Frontier Science as a lab data manager for the Adult and International Maternal Pediatric Adolescent HIV Clinical Trials networks and was a member of the LDMS training team. Within three years, Howard was promoted to a Project Manager within Frontier’s lab division and took on additional responsibilities in overseeing the LDMS related projects. 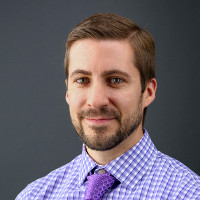 Howard has been in his current role as LDMS Program Director for the past 5 years. In this role, Howard serves as the Frontier Science Principal Investigator on numerous projects that utilize the LDMS including PHIA, a multi-country Population-based HIV Impact Assessment in Africa. Howard and the LDMS team at Frontier Science support over 350 laboratories who utilize the LDMS software, and work jointly with numerous collaborative groups to conduct research trials around the world.

Under Howard’s direction, the LDMS has undergone many changes and numerous project milestones have been completed. In 2007, Howard initiated the efforts of retro-validating the LDMS software, and he continues to play an integral part in ensuring the LDMS and laboratory software programs adhere to Frontier’s rigorous compliance standards. Under Howard’s leadership, Frontier Science has developed an LDMS public website (www.ldms.org), submission of a copyright and trademark for the LDMS, and has brought on new LDMS centric projects within its portfolio of work. Over the past 4 years, Howard has overseen the development of a web/cloud version of LDMS, which Frontier Science continues to develop and migrate existing laboratories from the LDMS for Windows version.

Prior to joining Frontier Science, Howard worked as a laboratory technician in multiple laboratory settings including the fields of pharmaceuticals and environmental chemistry. Howard has a BS degree in Forensic Chemistry, from Buffalo State College, State University of New York. Outside of work, Howard spends time with his family – keeping up with his two children ages 3 and 7, and as an avid runner, participating in numerous races throughout the greater Buffalo area each year.

Labelscape: A Mobile App for Creating and Printing Specimen Labels

Frontier Science is pleased to announce the release of Labelscape, a new Android and iOS app for creating and printing specimen labels. Read more

The OlympiA Phase III trial of AstraZeneca and MSD’s Lynparza (Olaparib) will move to early primary analysis and reporting following a recommendati... Read more
See All