A clinical trial funded by the National Institutes of Health has studied the safety of treatment with the antibiotic isoniazid to prevent tuberculosis (TB) in women who are living with HIV, are pregnant or have recently given birth, are taking antiretroviral therapy (ART), and live where TB is highly prevalent. The trial found that whether the treatment was begun during pregnancy or 12 weeks after delivery, it was similarly safe for the women. However, there was significantly greater risk of poor health outcomes and death for the fetuses and newborns of these women if isoniazid preventive therapy began during pregnancy than if it began 12 weeks after delivery. This finding is concerning and merits research into alternative approaches to TB preventive therapy in pregnant women, according to the study investigators. These findings are reported in the Oct. 3 issue of The New England Journal of Medicine. 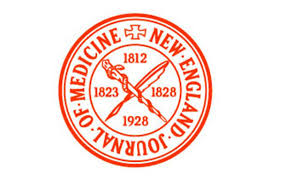 TB is the top infectious-disease killer worldwide and the leading cause of death for people living with HIV. Among women, TB mainly affects those of reproductive age. When active TB disease develops during pregnancy or in the weeks after birth, it is associated with poor health outcomes for both the mother and baby. Pregnant women have previously been excluded from clinical trials of isoniazid preventive therapy, so for researchers there was a lack of information about the safety, efficacy, and appropriate timing of this approach to preventing TB in pregnant women living with HIV and taking ART. This trial, TB APPRISE (TB Ante vs. Postpartum PRevention with INH in HIV Seropositive mothers and their Exposed infants), sought to help fill this knowledge gap. The study began in August 2014 at 13 sites in Botswana, Haiti, India, South Africa, Tanzania, Thailand, Uganda, and Zimbabwe. The investigators selected these countries in part because they have a high burden of TB—at least 60 of every 100,000 people have the disease.

The trial, also known as IMPAACT P1078, was conducted by the NIH-funded IMPAACT (International Maternal Pediatric Adolescent AIDS Clinical Trials) Network. The IMPAACT Network is co-funded by NIAID, the Eunice Kennedy Shriver National Institute of Child Health and Human Development (NICHD), and the National Institute of Mental Health, all part of NIH. The trial was led by Amita Gupta, M.D., M.H.S. Dr. Gupta is a professor of medicine and international health at the Johns Hopkins School of Medicine and deputy director of the Johns Hopkins University Center for Clinical Global Health Education.

Frontier Science Foundation is the Data Management Center for this study, and Bonnie Zimmer is the Protocol Data Manager. Kyle Whitson and Rebecca LeBlanc are Laboratory Data Managers for IMPAACT P1078.

In December 2022, a White House press release highlighted the launch of the HIV/Cervical Cancer Prevention ‘CASCADE’ Clinical Trials Network by the... Read more

The National Institutes of Health (NIH) has awarded $12.8 million to the University at Buffalo School of Pharmacy and Pharmaceutical Sciences to le... Read more
See All