When Dr. Hart joined Frontier Science Foundation in 1998, he brought with him over two decades of both qualitative and quantitative research experience in several areas of social scientific research. As a Senior Research Scientist at Frontier Science, Steve has conceptualized, developed, and directed the use of systems - human and automated - for receiving, checking, storing, and analyzing viral genetic sequences, especially of HIV-1. 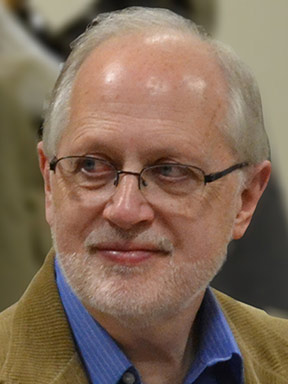 In addition, Dr. Hart worked on various data collection systems during his tenure at Frontier Science. He created tools for laboratories to input instrument-generated raw results and then calculate and quality control viral load assay results. He worked on a generic data loading process for non-standard and discrete data sets, on systems and unified tables for various kinds of data such as PK and HIV phenotype data, on a data submission system for sending, processing, and storing data and associated metadata online, and on a central data repository logging and tracking system.

Dr. Hart has been very involved in genetic sequencing projects at Frontier Science and was instrumental in preparing sequencing data for analysis. He designed and led the ACTG Data Analysis Concept Sheet (DACS) 330 study, which led to an article published in the September 1, 2018 edition of the Journal of Acquired Immune Deficiency Syndromes (JAIDS), “Impact of changes over time in the Stanford University genotypic resistance algorithm.” The article looked at differences in drug resistance predictions, based on the same specimens and genetic sequences, depending on the version of the Stanford algorithm that is used. This article concludes that algorithm version matters and close attention to its impact is essential for aggregating and comparing HIV-1 drug resistance results across different populations and over time. With Steve’s input, technology developed by Frontier Science, the Algorithm Specification Interface (ASI) Interpreter, made this research possible.

Our staff at Frontier will miss his dedication and passion, as Dr. Hart anticipates a departure from Frontier Science in 2020. However, his work and legacy at Frontier will be carried forward through the numerous developers and data scientists with whom he has worked. As a quantitative sociologist with a background in contemporary and classical theory, we are certain that Dr. Hart’s work and service to improve the human condition will continue into a productive future.